Along with creating quality craft beers, we are also relaxation enthusiasts.

Our motto is “Visit the Winding Downs” – a place to enjoy some quality time with friends.

Situated in the historic market town of Ringwood on the western edge of the New Forest the Ringwood Brewery was founded in 1978.  Outgrowing its Minty’s Yard premises the brewery moved to its current location in 1986.

The New Forest is one of the largest remaining tracts of unenclosed pasture land, heathland and forest in the south east of England.  A haven for holiday makers the Ringwood brewery and its beers are synonymous with the area.  From the mighty Old Thumper to the light refreshing golden beer that is Boondoggle you cannot go home without visiting the brewery and sampling our beers.   A hive of activity the shop and tap room has become one of the focus point of this unique craft brewery. 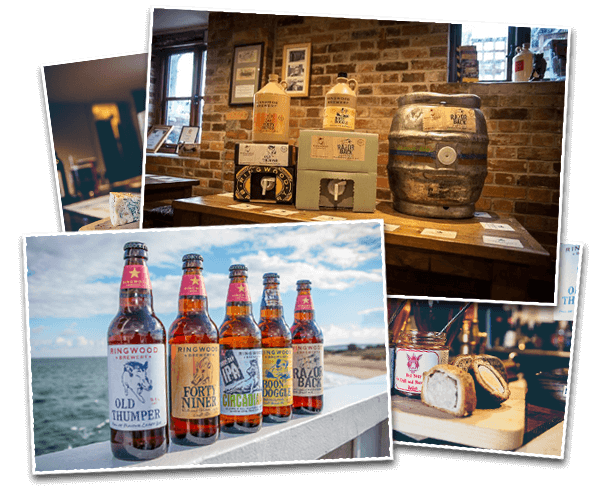 The historic town of ringwood

Beer has been brewed in Ringwood for centuries ever since medieval man first mixed the crystal water of the River Avon with the malted barley harvested from the surrounding fertile fields of Hampshire.

The market town was a magnet for merchants and dusty drovers who needed their thirst slaked and whistles wetted before they could get down to the business of  bargaining and bartering and many a deal was sealed over a draught and a noggin in one of the many taverns, inns and ale houses that gave Ringwood one of the highest pubs per head of population in olde England. 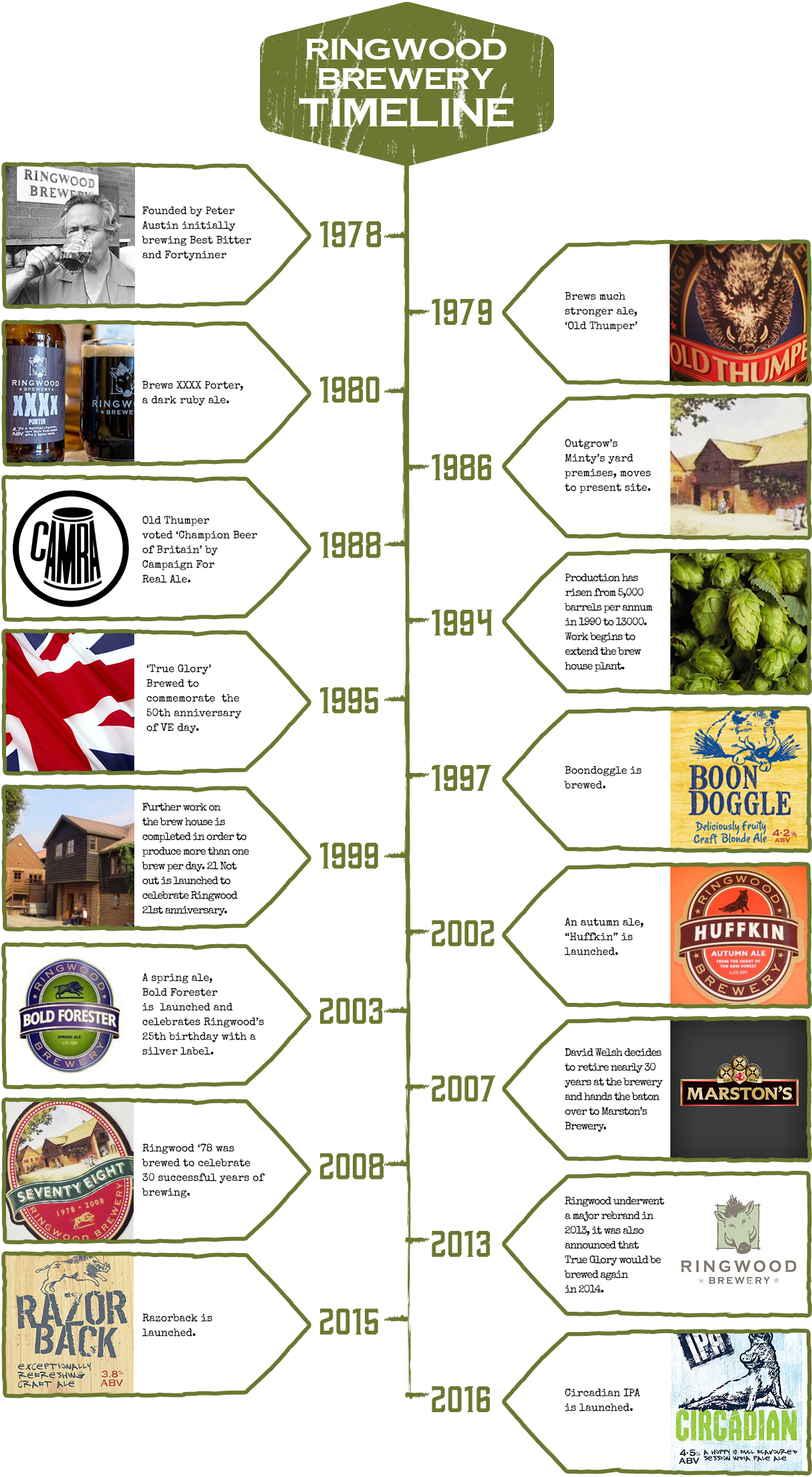 Did you know? You can order an additional 8 pack of beer without increasing your shipping costs!
*subject to delivery location
x

Following the cessation of the Ringwood Brewery tours in March 2020 as a result of the COVID-19 pandemic, we have taken the decision to no longer offer brewery tours to members of the public. It has been a joy to invite you through our doors over the years and we are grateful for your continued support of our products. If you have a valid brewery tour voucher(s) which you paid for and have been unable to redeem due to the COVID-19 pandemic, please call the Ringwood Brewery Store on 01425 470303.